It brings together urban and rural Wales with many activities throughout each of the four days of the event. That makes it an ideal place to recruit Conservatives!

On 22 July 2014, CMFExecutive Member Altaf Hussain spent the day at the Welsh Conservative Party stand at the Royal Welsh Show meeting and speaking to visitors, handing out literature and offering complimentary beverages. He was putting into practice the CMF philosophy that we are an integral part of the Conservative Party, supporting it wherever we can, not just at CMF events.

He is pictured below at the left of the photo looking very dapper in his straw hat! 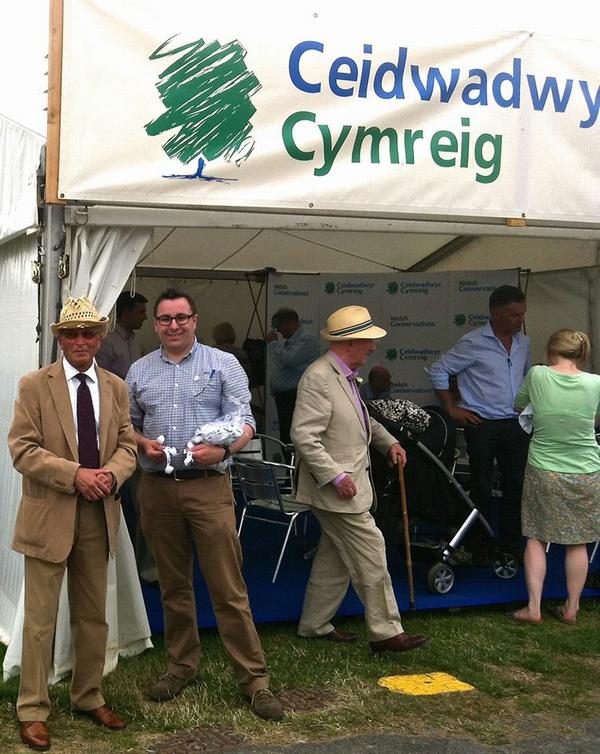