The most important thing in democratic politics is to win elections. If you do not get elected to Parliament, you do not have the ability to speak in Parliament or to vote on new laws. If the Conservative Party does not have sufficient MPs to form a government, then the country will be run by other parties who will proceed to implement their programmes.

On the ground canvassing is an important part of getting elected. It gives the chance to engage directly with voters, and in a tight election every single vote matters.

Conservative Muslim Forum members are involved in such local campaigning all around the country. On Saturday 25 January the CMF’s Executive Secretary Shaheen Mahmood spent part of her day canvassing in Enfield North constituency, aiming to ensure that the sitting Conservative MP, Nick de Bois, gets re-elected in 2015.

Below is picture of the canvassing team. Nick de Bois is in the centre of the picture in front of the sloping red roof. Sadly Shaheen is not in the picture herself, since she was the one taking it! 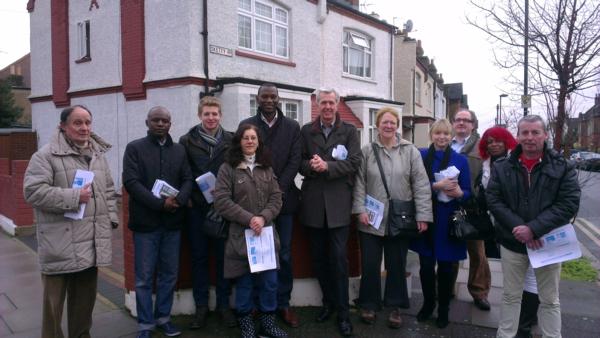