The CMF Youth Wing hosted Rory Stewart OBE FRSL MP, academic, author and former diplomat in the House of Lords for a discussion on “The Endgame in Afghanistan: Opportunities and Challenges”.

Rory Stewart is an expert on Afghanistan. A former diplomat, at the request of of HRH The Prince of Wales and President Hamid Karzai of Afghanistan he established a human development NGO in Afghanistan and lived in Kabul. He has made a series of treks in rural districts of Pakistan, Iran, Afghanistan, Indian and Nepal, a journey totalling around 6,000 miles, during which time he stayed in 500 different village houses.

Rory Stewart is a member for the Foreign Affairs Select Committee and significantly contributed to the committee’s report on Afghanistan.

The event was chaired by CMF Youth Chairman Raza Anjum who in his opening remarks paid service to the British servicemen and women who had lost their lives fighting in Afghanistan and commended the bravery illustrated by “our boys in the field”.

Lord Sheikh, Chairman of the CMF spoke about how certain challenges remain in Afghanistan but how improvements have occurred in the field of education and women rights.

In his speech, Rory Stewart MP spoke in detail about his numerous visits to Afghanistan and interactions with the Afghan Government and NGO’s. He described at length the amount of financial investment made by western nations since 2001 on developing institutions in Afghanistan and noted the effectiveness of these organisations. Rory also explained his predictions on what would occur in Afghanistan following the withdrawal of NATO troops.

The event was well attended by more than 100 guests and included a lively question and answer session.

Below is a group photo taken after the event. From left to right are: 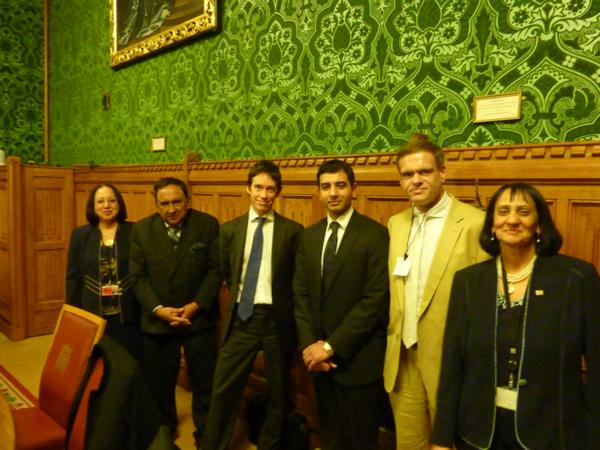