Integrate or Disintegrate – Saira Khan’s message to the British people

Integrate or Disintegrate – Saira Khan’s message to the British people

On 28 January 2014 a packed audience in House of Lords Committtee Room 4A received an exceptionally passionate and highly personal presentation from Saira Khan.

Saira Khan shot to fame in the first series of the smash hit BBC 2 TV Series “The Apprentice,” in 2005, where she was the runner up. Despite coming second Lord Sugar offered her a full time contract in his organisation and became one of the most talked about women in the UK. She is now a regular face on a TV and is currently co presenting ITV’s smash hit consumer show, “The Martin Lewis Money Show”. She says of her tv work, “I only do projects which I feel can add value to people’s lives. As an Asian Muslim woman in the media, I understand that I have a responsibility and am seen as a role model to some – it is for that very reason that I choose not to shy away from the topics that others are too scared to talk about.”

In the presentation she spoke about her loving upbringing in Long Eaton, Derbyshire with her parents and the challenges she experienced about her own personal identity and freedom of choice amidst cultural and religious divisions. 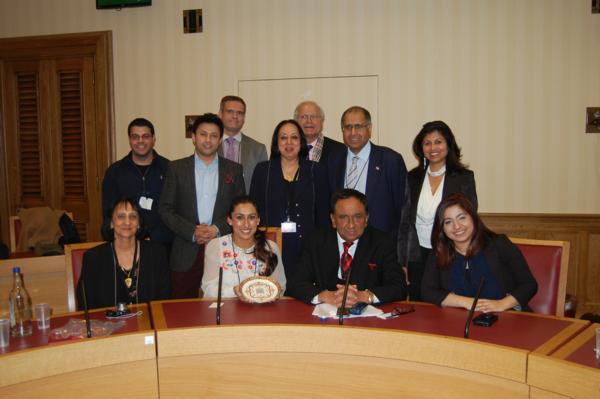