CMF at the Conservative Spring Forum

CMF at the Conservative Spring Forum

This year the Conservative Spring Forum was held on 5 April 2014 at the prestigious venue of the Grand Connaught Rooms,  Great Queen Street, London. The CMF was well represented, including Mohammed Amin, Faruk Miah and Dr Altaf Hussain from the CMF Executive.

The leadership of the Conservative Party was very well represented, with the keynote speech being made by the Prime Minister David Cameron.

An occasion such as this provides excellent opportunities for networking with the other attenders, as well as the opportunity to talk to senior politicians during the breaks, and to ask questions from the floor. Q&A played an important part of the entire day.

In the picture below David Cameron regales, from the left: Ms Emma Pidding, Chairman of the National Conservative Convention; Jeremy Thomass and CMF Deputy Chairman Mohammed Amin who confirmed to the Prime Minister how well received his speech at the Muslim News Awards the previous Monday had been. 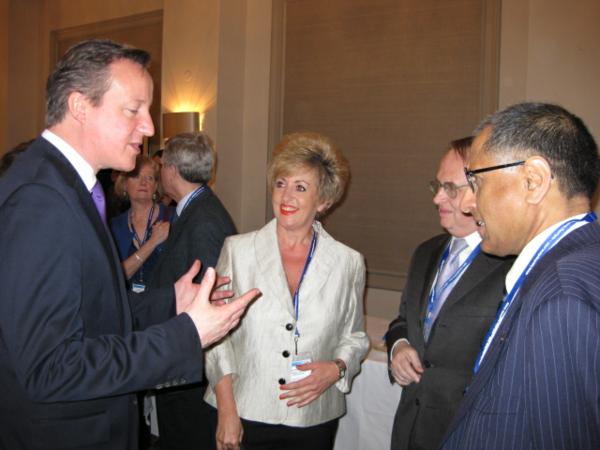 Below the Prime Minister is listening intently to Faruk Miah. 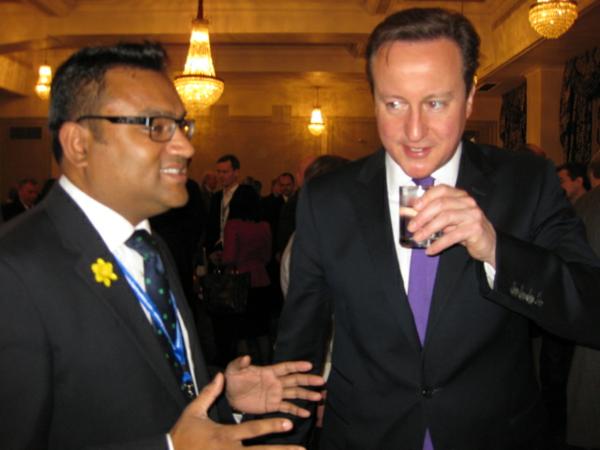