The Conservative Muslim Forum held its annual general meeting at 1 Millbank on Tuesday 16 April. As the agenda was relatively short, the meeting was scheduled to precede the monthly meeting of the CMF Executive.

As with all CMF events, we began with a Quran recitation which was given by Cllr Altaf Hussain.

Lord Sheikh then paid tribute to Baroness Thatcher, whose funeral he would be attending the following day. Earlier that afternoon while Baroness Thatcher’s coffin was lying in the Chapel of St Mary Undercroft in the Palace of Westminster Lady Sheikh had been one of the few people invited to the service that was held there. Lord Sheikh also gave a brief summary of the CMF’s activities during 2012.

The CMF accounts for 2012 were tabled, discussed and approved. 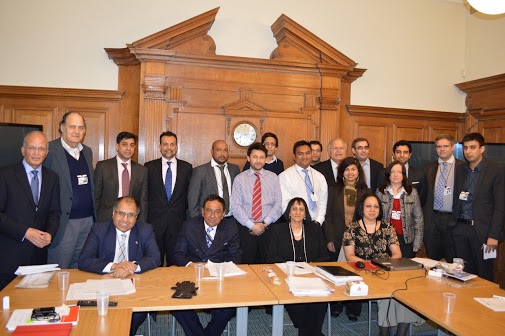 After the AGM and Executive meeting, some of the participants went for an informal meal at Bangalore. Cllr Asif Ayub is at the left of the picture below; he is absent from the above picture as he took it. 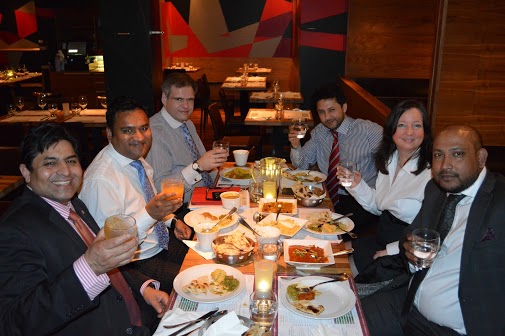