On 22 October Raza Anjum, Chair of CMF Youth, met H.E. Mazen Kamal Homoud, the ambassador of the Hashemite Kingdom of Jordan to the United Kingdom, during the Ambassador’s visit to Saffron Walden at the invitation of the town’s mayor.

During their meeting Raza expressed support for the Jordanian Government’s role in fighting extremism in the Middle East and commented on the historic bilateral relationship between the UK and Jordan which includes strong military links and a growing trade relationship. They also discussed Jordan’s role in providing humanitarian support to Syrian refugees and Britain’s significant financial support for the refugees which includes the provision of education, healthcare and municipal services.

Since the start of the Syria crisis, the UK government has contributed $500 million in support to Jordan to help deal with the Syrian refugee crisis.

They are pictured below. 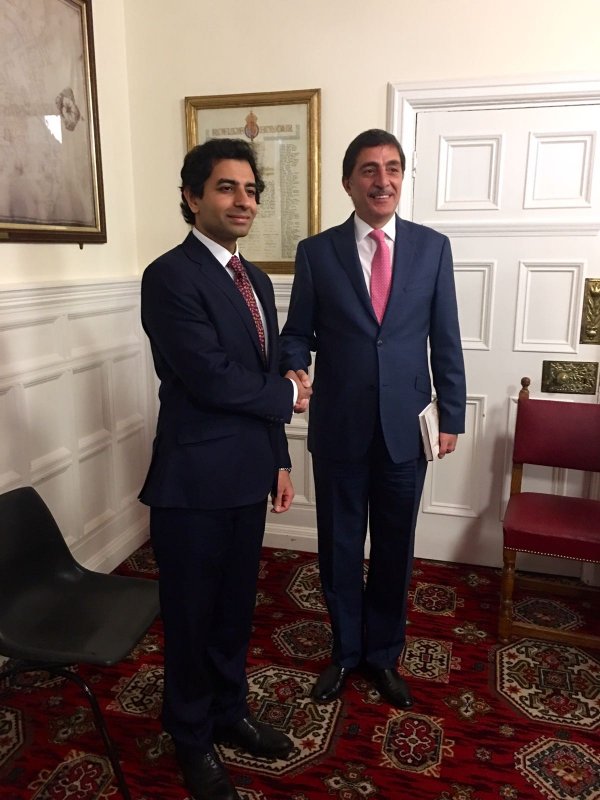