Cllr Asif Ayub is pictured alongside Ms Noreen Jones, two of the external Christian speakers and one of the school’s other teachers.

Some of the Conservative Muslim Forum’s work is not expressly political. Our fourth and fifth objectives are:

Accordingly, when we were approached by Ms Noreen Jones, Head of Religious Education at Rayne’s Park High School in London to provide a speaker for her school’s RE days, we readily agreed. Such participation allows pupils, both Muslim and non-Muslim, to interact with senior successful Muslim role models from the Conservative Muslim Forum.

In the spring, Executive Member Cllr Asif Ayub and Deputy Chairman Mohammed Amin both spoke at RE days on the subject of Islam.

“I was delighted to be invited to speak to the youngsters on “Marriage and Relationships”, aiding in their learning and development for their curriculum needs, answering questions and clearing misunderstandings, dealing with various sensitive topics through Q& A, building bridges of common understanding and explaining the differences among religions while reasoning with them. I was also delighted to be thanked by the students, the teachers and the head of the school.”

Cllr Asif Ayub is pictured below alongside Ms Noreen Jones, two of the external Christian speakers and one of the school’s other teachers. 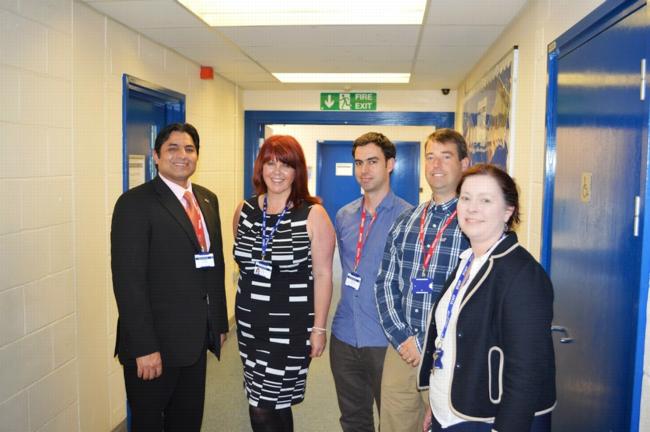