Simon Woolley is one of the founders and Director of Operation Black Vote (OBV) which aims to inspire minority ethnic communities to engage with public institutions to address the race inequalities in areas including education, health and employment. He spoke at this event organised by CMF Youth to explain why it is so important for ethnic minorities to be politically engaged.

The event was chaired by CMF Youth Chairman Raza Anjum who in his remarks noted how grassroots campaigning played an effective role in increasing voter registration. Lord Sheikh, the President of the CMF and the event host spoke about the need for ethnic minorities to fully engage in the democratic process and come forward in the political arena to strengthen British society.

In his speech, Simon Woolley spoke about the importance of democracy and the right to vote. He explained in detail the work OBV was undertaking in achieving greater race and religious equality and how the ethnic minority vote has the potential to play a decisive role in key marginal seats. Simon spoke of Britain’s rich and diverse population and how we shared a collective responsibility to encourage youngsters and all citizens to vote in the general elections.

The event included a lively question and answer session and was well received by the audience.

In the group photograph from right to left are: 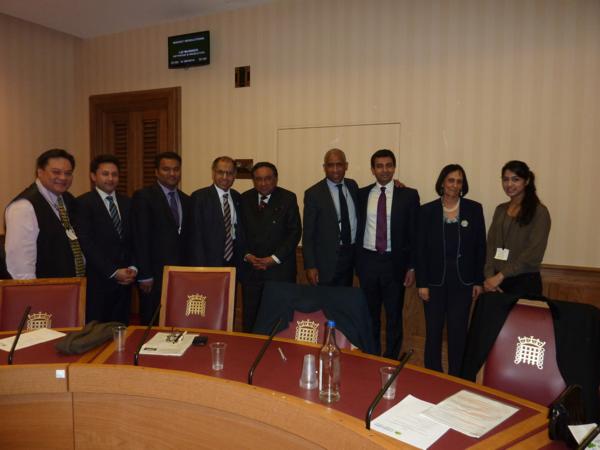